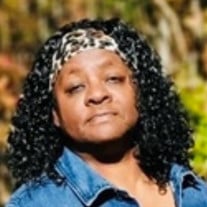 Mrs. Bessie L. Cooper was born to the late Charlie Sr. and Luartist Reese Cooper on June 15, 1948, in Jenkins County She departed this life on Monday, February 7th. She was preceded in death by her husband, Mr. Leroy Cooper and a brother, James... View Obituary & Service Information

The family of MRS. BESSIE L. COOPER created this Life Tributes page to make it easy to share your memories.

Mrs. Bessie L. Cooper was born to the late Charlie Sr. and Luartist...

Send flowers to the COOPER family.