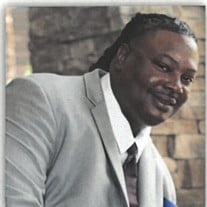 A Time To Be Born: Demirio Gernard Griffin was born to Mr. and Mrs. Gregory and Joan Griffin on January 19, 1981 in Augusta, GA. A Time To Learn: Demirio spent all his life in Millen, GA where he received his primary and secondary education... View Obituary & Service Information

The family of Demirio J. Griffin created this Life Tributes page to make it easy to share your memories.

A Time To Be Born:
Demirio Gernard Griffin was born to Mr. and...

Send flowers to the Griffin family.